Well, back from Retroplane 2007 ! The Opel did is maiden voyage the Saturday of the meeting.
To tell the truth, the real first flight was a bit.. disappointing !
Launch, went straight, but the glider did not want to go up !
Flew like this for 5 minutes, and then land... We've just look at each other with Joe, thinking that this thing will never fly (well... 100% scale, the original did not much better ! )

Analyse of the flight, then, that was obvious that the CG was a bit too much forward...
Removed around 40 grs of lead (the only piece of lead I was able to remove...) and off we go again...

And we saw the light, right after the second launch !
What a flight !
the 40 grs made a huge difference, even if the machine is still nose heavy.
Just the trim at the ailerons to be touched, everything else is fine. Rudders are really powerful (rudder Joe, rudder !!! ) and the shape of the glider in the sky is really uncommon ! Really looks like a WWI bomber with the two tail booms !
I flew lots of low passes, just for the pleasure (and the photographs  )
So, here are a few pictures... A video will follow soon (and more pictures...) 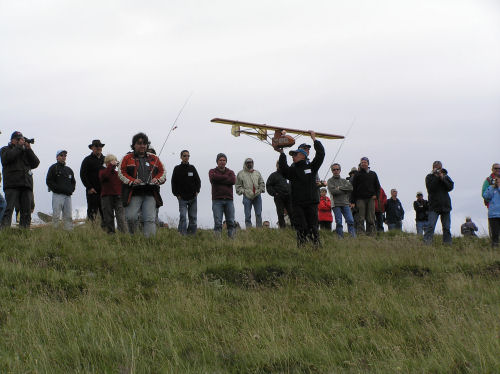 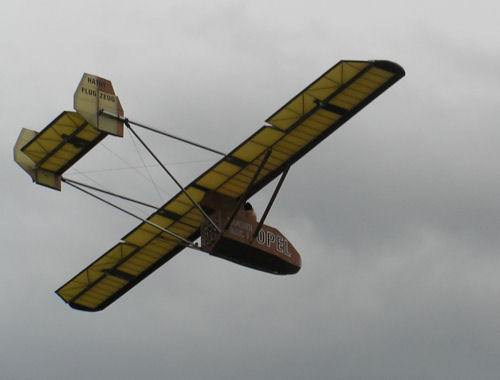 NEW ! Video of the Opel Rak in flight !